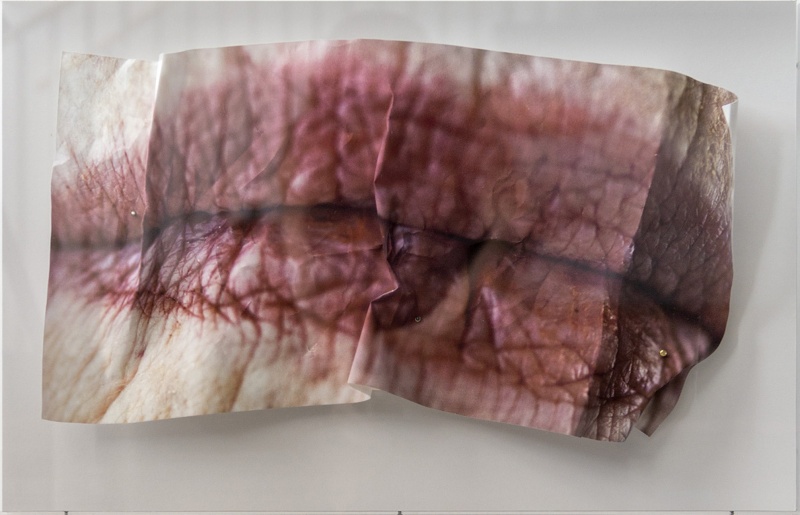 July 6, 2017 to July 30, 2017
Sex Symbol is an exhibition representing symbols of sex from a woman's perspective, with ‘sex’ having a broad interpretation, including: femininity, sexuality, intimacy, and the physical act itself. The artists, who are all from the Philadelphia area, are: Nancy Hellebrand in collaboration with Shira Yudkoff, Judy Gelles, Ekaterina Popova and Phyllis Gorsen. Using a variety of mediums, the show explores what women perceive as emblems of the female gender. In many instances within the work, femininity and sexuality are cross bred in both internal identities as well as in external social constructs. Though the symbols chosen are broadly recognized, they are filtered through the lens of each artist exposing individual personal narratives such as identity, life experiences and cultural beliefs. There is a rousing interplay between works that espouse subtleties of importance with works more pronounced in their intention.
Exhibition July 6-30
Opening reception / Friday July 14 / 6-9 pm
Artist talk / Sunday July 30 1-3 pm
Gallery hours
Wednesday and Fridays 12-5 pm as well as by appointment.
Nancy Hellebrand, a graduate of Columbia University. Her photography is exhibited in museums and galleries internationally including: The Museum of Modern Art, Philadelphia Museum of Art, The Institute of Contemporary Art, Tate Britain, The National Portrait Gallery in London, Yale University Art Gallery, Pace/MacGill, Pennsylvania Academy of Fine Arts, and Locks Gallery. Hellebrand lives and works in Philadelphia.
Shira Yudkoff, a graduate of the University of Maryland, specializes in multimedia and documentary photography. She has worked with University of Pennsylvania, Drexel University, among others. Yudkoff works in Philadelphia.
Judy Gelles received her MFA from the Rhode Island School of Design. Gelles’ work is exhibited in museums and galleries internationally including: National Portrait Gallery in London, Los Angeles County Museum of Art, Fleisher Wind Challenge, Philadelphia Museum of Art. She is represented by Pentimenti Gallery in Philadelphia. Gelles lives and works in Philadelphia.

Ekaterina Popova, a graduate of Kutztown University, is a painter whose work has been exhibited nationally, including Uforge Gallery in Boston, The Boxheart Gallery in Pittsburgh, Chris White Gallery in Wilmington, A.I.R. Gallery in NY and Art Miami. She is also the founder of Create! Magazine. Popova lives and works in Wilmington.

Phyllis Gorsen received her MFA from the Pennsylvania Academy of Fine Arts. Her work has been exhibited nationally, including The Site: Brooklyn in New York, The Painted Bride, The Center for Emerging Visual Artists, and Santa Clara University. She has also curated shows at Philadelphia’s ARTSPACE 1241. Gorsen currently works out of her studio in Philadelphia.

Sex Symbol will run from July 6 through July 30. Gallery hours are Wednesday and Friday from 12-5 pm as well as by appointment.  For further information or to schedule a gallery visit, please call or text Phyllis Gorsen at 856.685.4312 or email at phyllisgorsen@gmail.com.