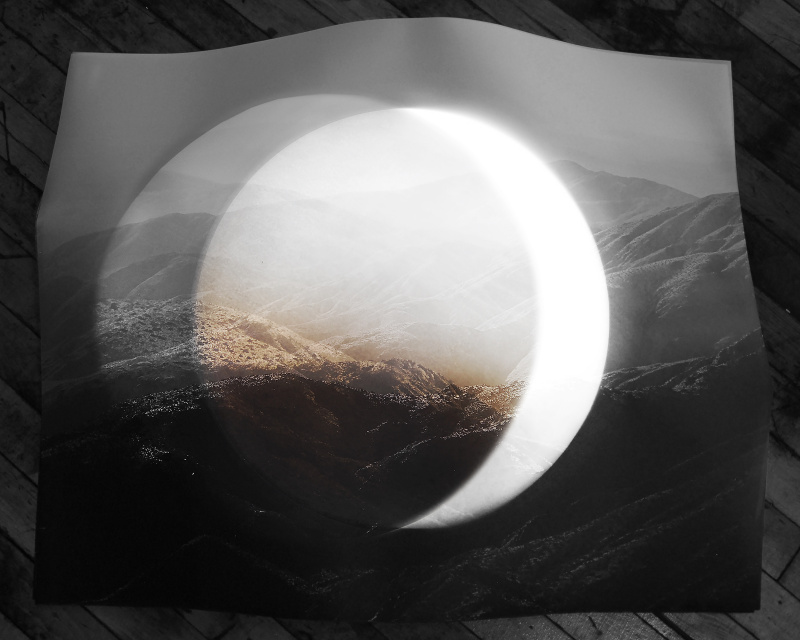 The body of work on exhibit at Artspace 1241 was created the artist moved into a studio space at 1241 Carpenter Studios in September. The exhibition, Geographical Lore, is a selection of photographic work that consider ways in which the natural world can be represented.  The images are captured from landscapes where she has traveled across the United States.

The series consists of a combination of two-dimensional images like framed photographs, broadsides, light-boxes and three-dimensional objects such as cut and manipulated photographs and artist books. They combine photographic images of both the natural world and hand-made, assembled environments.  The deliberate blend of the fabricated and the “real” image play with ideas of memory and representation.

Foster was a 2014 artist in residence at the Philadelphia Photo Art, 2016/2017 finalist at the Center for Emerging Visual Artists in Philadelphia, 2017/2018 selected as a Community Supported Artist, a project organized by Grizzly Grizzly Gallery and self-published the book, lone hunter. Recently, her work and two interviews with photographers was featured in the publication Constructed: The Contemporary History of the Constructed Image in Photography since 1990 published by Routledge and was selected for the exhibition, The Truth in Disguise Geste Paris, France during Paris Photo.

Other projects/publications include work in Conveyor magazine, Proof magazine, Cleaver magazine, Good Game magazine, has exhibited work nationally and internationally, work included in private collections across the country and Foster has collaborated with various artists on projects that include creating artist multiples, artist books and series of photographs and videos.