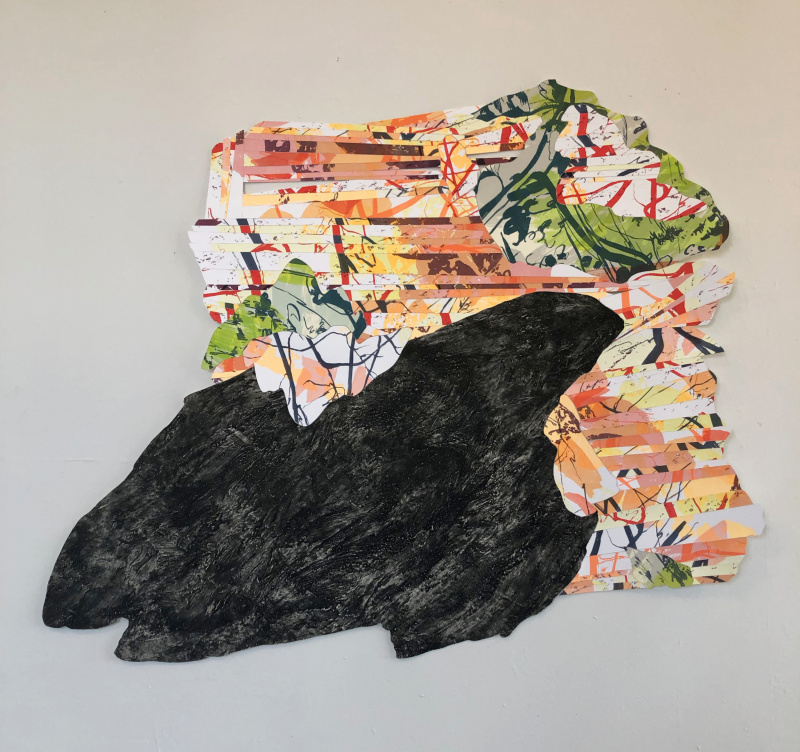 The artists in the Small World Exhibit were invited according to a "whisper down the lane" idea; 1241 Carpenter studio artist Nancy Sophy contacted two artists that had exhibited with her previously in a group show that took place in 2015 in Artspace 1241 called "All You Need is Paper." These artists - Heather McMordie and Sherif Habashi, were invited to exhibit one work their choice, and were free to ask anyone they know to show a work as well. They in turn could and ask another artist, and this artist would also a further someone to show a work. In this fashion, artists Ashley Limes, Chloe Pinero, Lucia Garzon, Michelle Oosterbaan, Elaine M. Erne, Nicole Dul, accepted an invitation to participate.

This random methodology has brought together nine artists whose work reveals unified perspectives and fascinations, but also agreeable variety and divergence.  Small World Exhibit is a social, surprising and serendipitous occurrence.

look for poster with phone number to call for access